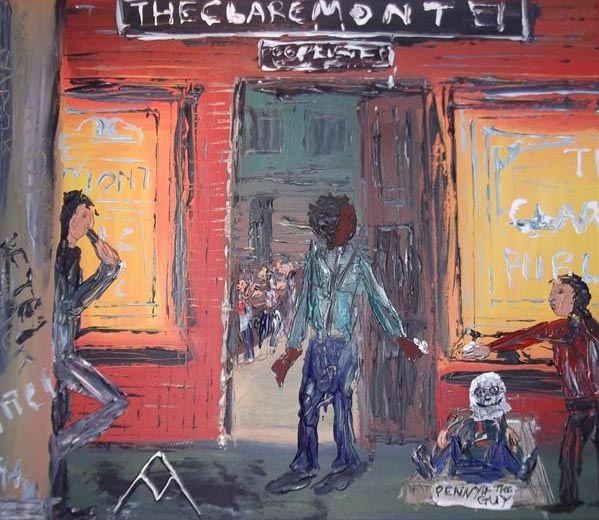 Painting – Penny For the Guy

Penny for the Guy is a depiction of friends and I that used to make Guy Fawkes out of old clothes and collected money from passers by outside the Claremont pub in Moss Side. One time a drunk from the pub gave us a penny for the guy and he stole it, so we placed Peter in the box with a bag on his head,unfortunately another drunk booted him in the face and somebody threw a banger in his lap for a joke. Moss Side was a rough place to grow up in the 1970’s and 1980’s and kids from poor backgrounds had to find ways of earning money for sweets and fireworks as there parents were not able to fund this.

Painted in Acrylic and Ink using the croquis method to bring the characters to life, Impressionistic Urban Cityscape.

One of eleven paintings of Moss Side past by me, Andrew Alan Matthews. Signed limited edition prints available.

Story and video – Penny For the Guy