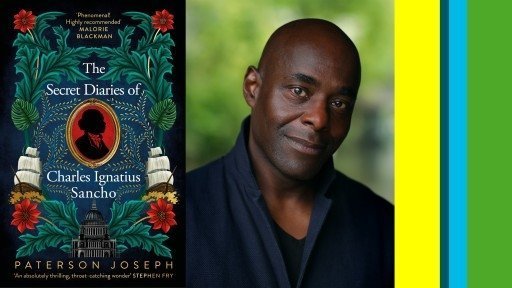 It's 1746 and Georgian London is not a safe place for a young Black man, especially one who has escaped slavery.

So how does Charles Ignatius Sancho meet the King, write and play highly acclaimed music, become the first Black person to vote in Britain and lead the fight to end slavery?

In his captivating debut novel, The Secret Diaries of Charles Ignatius Sancho, much-loved actor Paterson Joseph tells a story hidden for 300 years. An attempt ‘to correct the colour-balance that has allowed an historical distortion of British history to exist’ and ‘to add to the growing canon of Black Historical Fiction’ as entertaining as any of the revered classics.

A star of stage and screen, Paterson is best known for his roles in Casualty, Peep Show and Green Wing amongst many others. He recently appeared in the BBC series Vigil and as Kamal Hadley in the adaptation of Malorie Blackman’s Noughts + Crosses. Hosted by broadcaster and Literary Editor Ellah P. Wakatama.

Could not find route!

Weather data is currently not available for this location