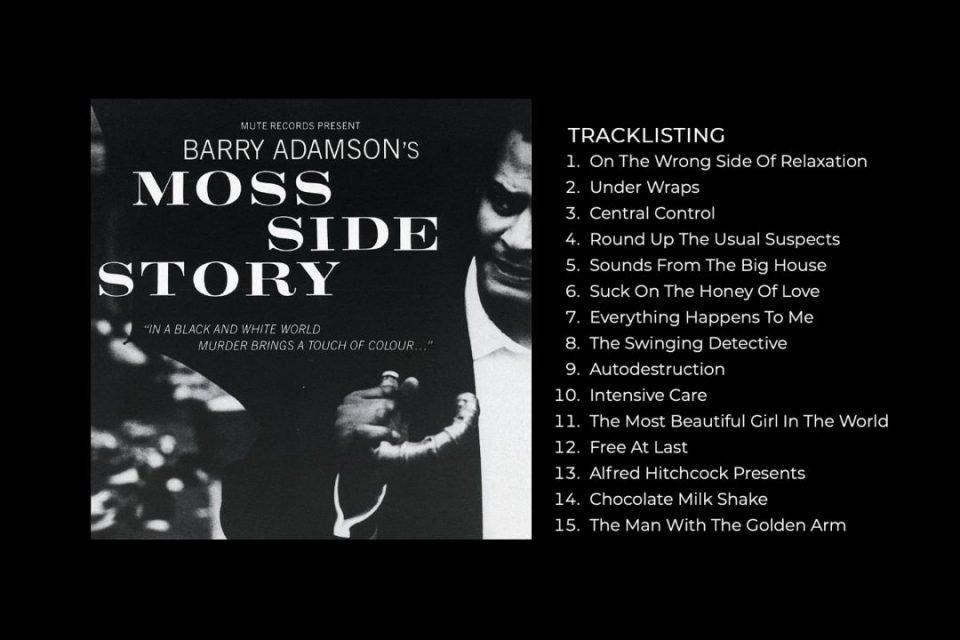 ‘Moss Side Story‘ is the title of Barry Adamson’s first solo album, a play on ‘West Side Story’, and inspired by returning to Moss Side where he was born and grew up.

So before proposing a website with the name ‘Moss Side Story’, of course we checked with Barry Adamson. He has been supportive. By chance, we coincide with the 2021 publication of his memoir, details below.

The music of ‘Moss Side Story’ came from his desire to create a score for a motion picture. In 1989 he described Moss Side as the inspiration for his idea of ‘a provocative visually stimulating three-act tale of one man’s stage for lost identity and his eventual quest for beauty, truth and freedom’.

When ‘Moss Side Story’ was released in 1989, Snub TV made a short video (below) combining music from the album with images of Moss Side. The video is narrated by Barry Adamson, describing Moss Side as his inspiration:

As a base player I travelled the world twice over, perhaps even then subconsciously searching for a subject matter that would spark off the necessary inspiration….

It was when I returned home to Manchester, to the Moss Side streets I’d known since my childhood that things fell into place. Here right on my own doorstep was one of the most contrasting, intense, exciting and threatening of filmic backdrops. …

Barry Adamson, on his solo album ‘Moss Side Story’, in the 1989 Snub TV video

While the film of ‘Moss Side Story’ has not been made (yet…) Barry Adamson brought his film noir style and dark comedy to writing, directing and scoring a number of short films.

His memoir ‘Up Above The City, Down Beneath The Stars’ is published this year by Omnibus Press on 30 September 2021.

Store, with memoir and albums

Wikipedia page about the ‘Moss Side Story’ album.

This post quotes from and links to Barry Adamson’s website and other sources. Barry Adamson and his agent were contacted in advance of creating this MossSideStory website and were highly supportive of what it is aiming to achieve. They were later invited to preview the site, and to review this post, request edits, and take it over if they wish.

‘Looks amazing.  I’m privileged to have my strange music as a part of it!!  Thanks so much for the inclusion.’