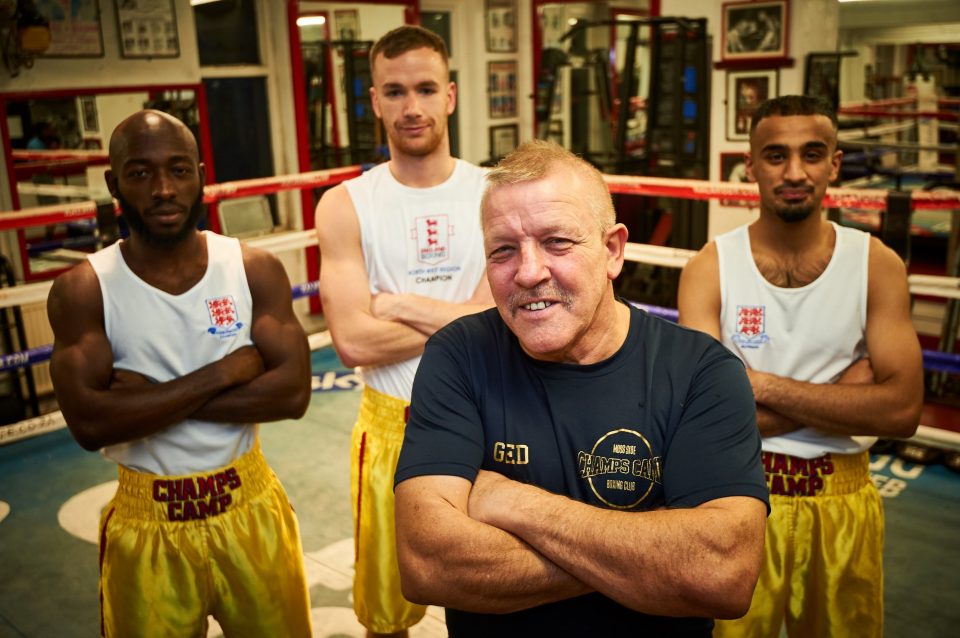 Originally posted on WeAreMossSide in 2019 by Pete Davies.

The trio will now go on to compete in the national quarter finals.

Phil Martin set up his own gym in a disused building in Moss Side after the riots in 1981 which he named ‘Champs Camp’. The gym is now based on Princess Parkway above the Phil Martin Centre.

Ensley ‘Bingo’ Bingham and Maurice Core still play a key role at the club on Princess Road above the Phil Martin Centre inspiring the new generation of boxers to become world champions alongside Ged McAuley.

The walls of the gym are steeped with history and celebrate the success stories of the past but coaches at the club are now more excited about the future than ever before.

We’re delighted to have three regional champions in Aaron, Mo and Francis and we’re confident they have the skills and attitude to go all the way and become national champions. The whole club is behind them. As well as Aaron, Mohammed and Francis we’ve got plenty more in the pipeline who are quickly maturing into real prospects.

Our mission is to nurture the next generation of amateur and professional fighters. We’re proud to keep Phil’s legacy alive by continuing to support boxers not just with first class coaching here in the heart of the community but support them to live a clean and healthy lifestyle and equip them with the character they need in and out of the ring to be a success.

The national competition begins with the quarter finals to be held in Stalybridge at Westhill High School on the 13th October 2019.